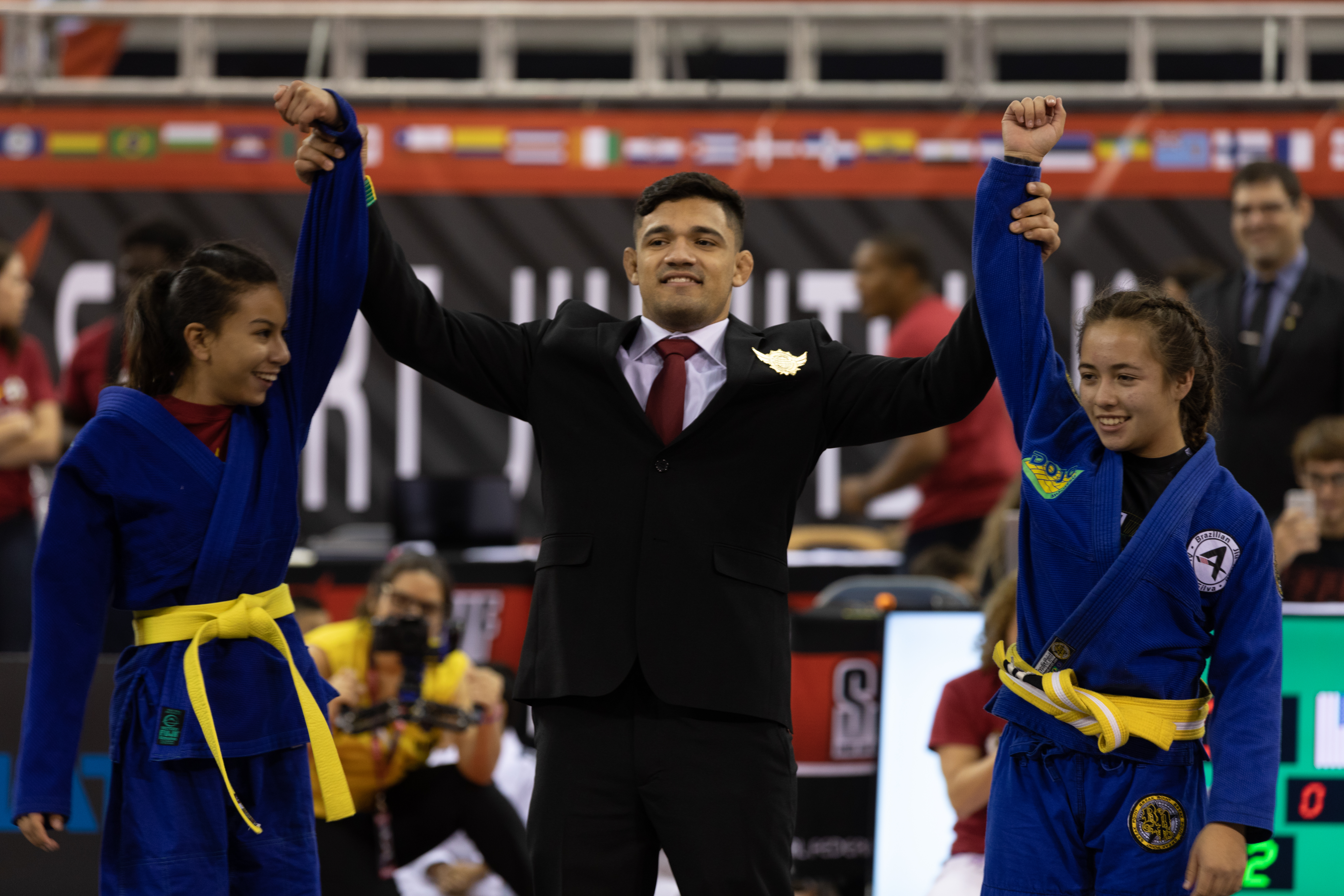 Congratulations are in order for our yellow belt, Yvette. She has been relying on her walker less and less. Finally, in her most recent IEP, her school decided that she no longer needed to use it, except for field trips.

What an amazing accomplishment for Yvette! We knew her strength and balance had improved and that it is almost impossible to sweep her, but this takes the cake. Her hard work has paid off and she will be reaping the benefits for the rest of her life. She is an inspiration to us all! 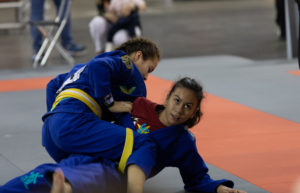 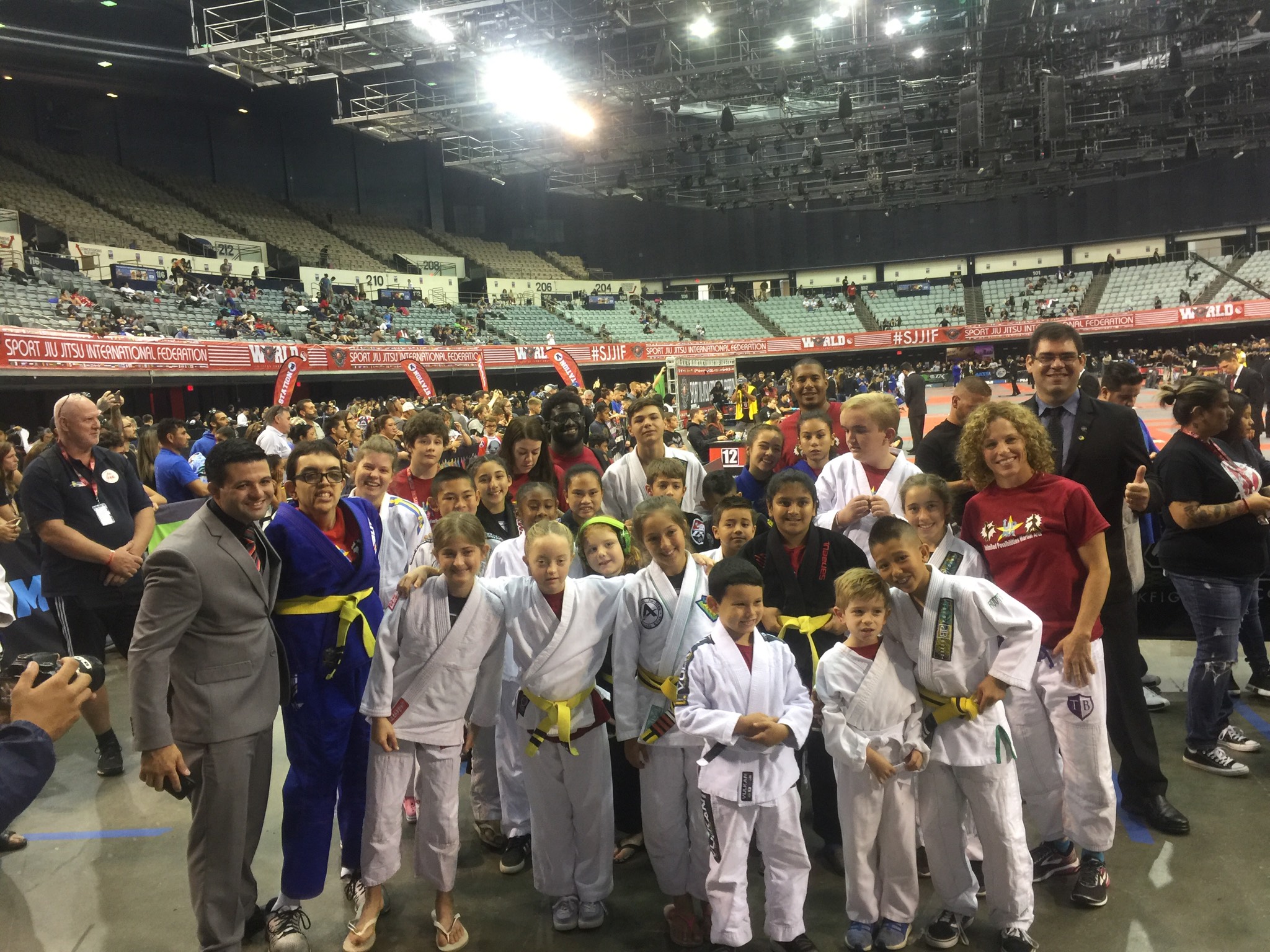 Once again, UPMA brought a large group of students to compete in the SJJIF Wolrd Special Jiu Jitsu Championship. Once again, our students shined for all the world to see. This was yet again a unique opportunity for the adaptive warriors of UPMA to go out and experience things that others take for granted. It was also an opportunity for members of the community to experience the joy that inclusion brings to all of us.

This year we brought 11 athletes to compete for a World Championship in Jiu  Jitsu. All 11 students took home gold medals and memories to last a lifetime. For some it was their first competition and the biggest obstacle was overcoming nerves and anxiety about the new experience. For others, it was a chance to be pushed a little harder than they have before and to see what heights they could rise to. All gave outstanding performances and made their coaches and parents proud.

None of this would have been possible without the efforts of the SJJIF and  Alosio Silva BJJ. Not only do they offer the event every year, they make their own students a part of it. It is so heart warming to watch the kids of Alosio Silva BJJ interact with and help the students of UPMA be their best. It does not go unnoticed how kind these kids are in their interactions. We thank everyone involved for working to create a kinder, more compassionate world through inclusion. 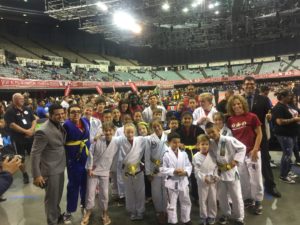 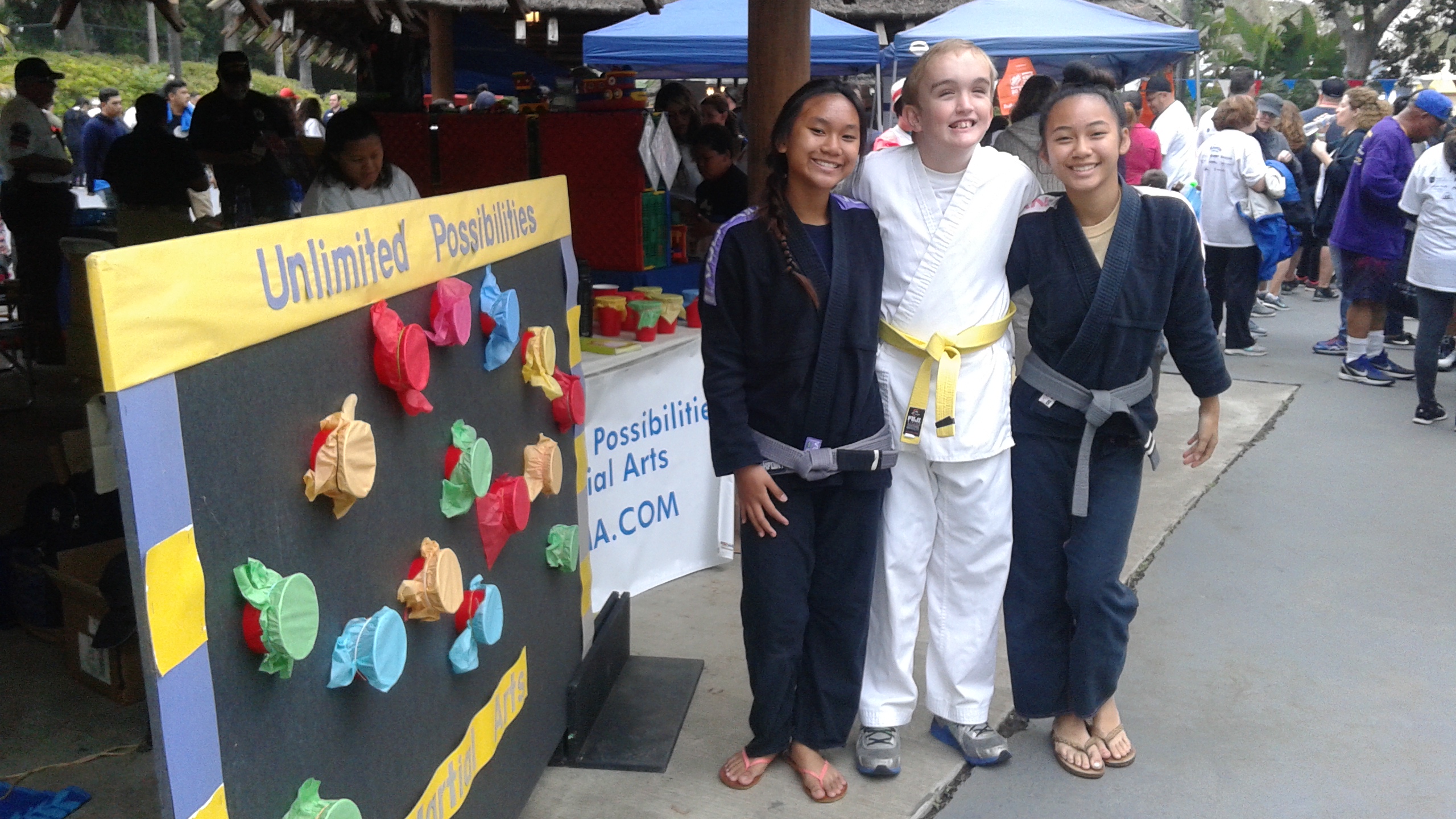 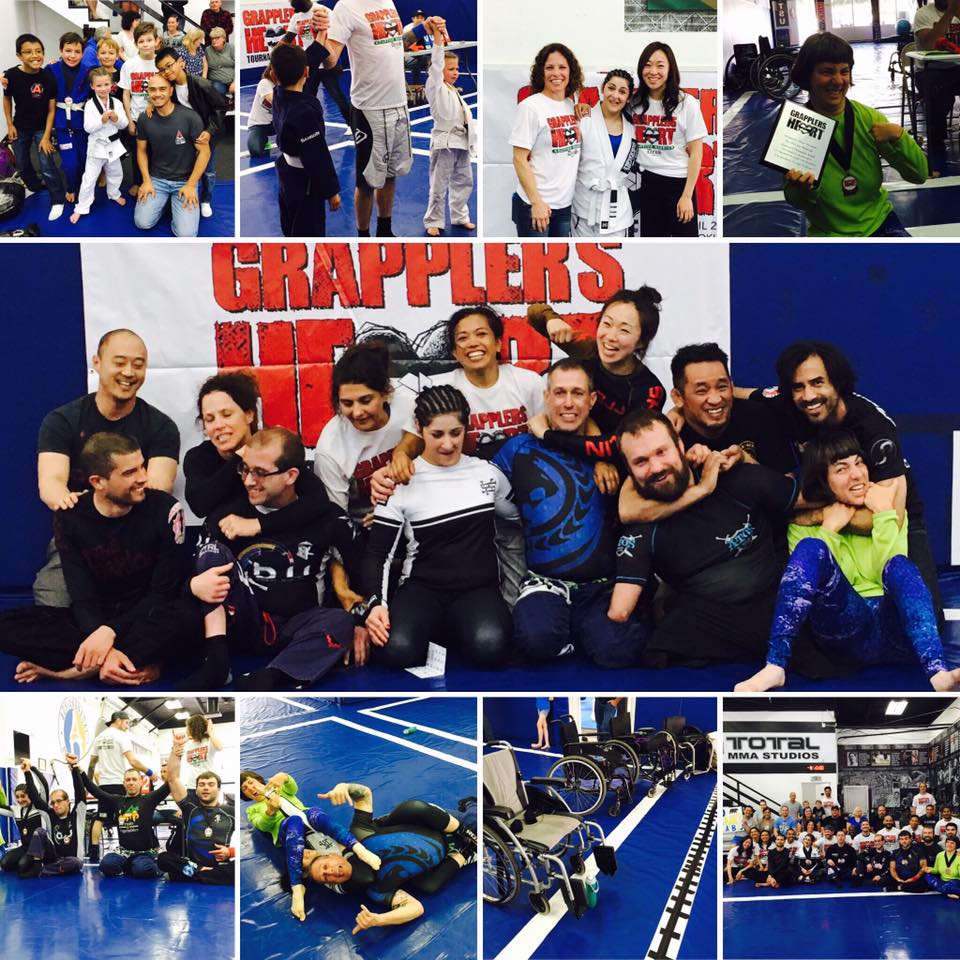 You’ve heard us talk about the benefits of a martial arts program several times now. You may even have followed some of the links that took you to more in depth articles. Now here is a chance to see first hand how martial arts and specifically jiu jitsu can benefit people with disabilities. This is also a chance to witness adaptive athletes at work, fighting hard for victory, just like everyone else.

Last year, Brazilian Top Team Orange County hosted the second annual Grappler’s Heart Tournament. This is a tournament organized specifically for adaptive athletes of all kinds to test their skills against one another. Following the tournament was a seminar taught by the amazing Kyle Maynard. Pasando Guardia provided us with some amazing footage and interviews from that day. If you are at all hesitant to take the plunge and try a class, let this be your motivation.

Physical Benefits of Enrolling a Child in Jiu Jitsu

In the past, we have covered many of the reasons why Jiu Jitsu is good for kids. We have looked specifically at how it is beneficial for kids with disabilities in the fact that it builds confidence, etc. We have not taken an in depth look at how it is physically beneficial. Here is an article written by Jiu Jitsu black belt Samantha Faulhaber that explains some of the physical benefits. This is an especially important read for parents of kids with physical disabilities who tend to be afraid to let their kids participate in sports. 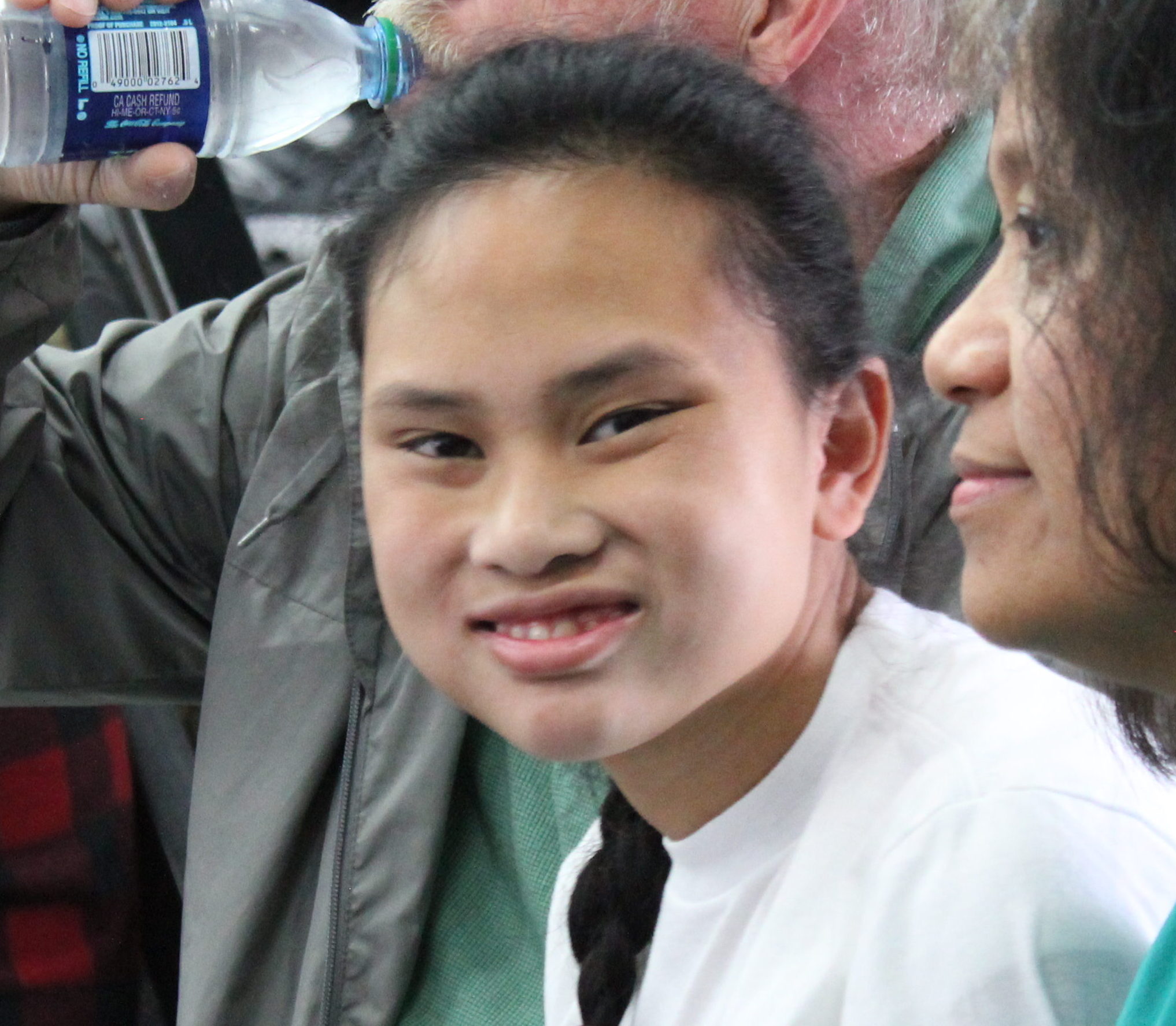 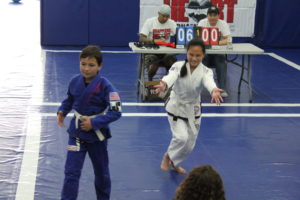